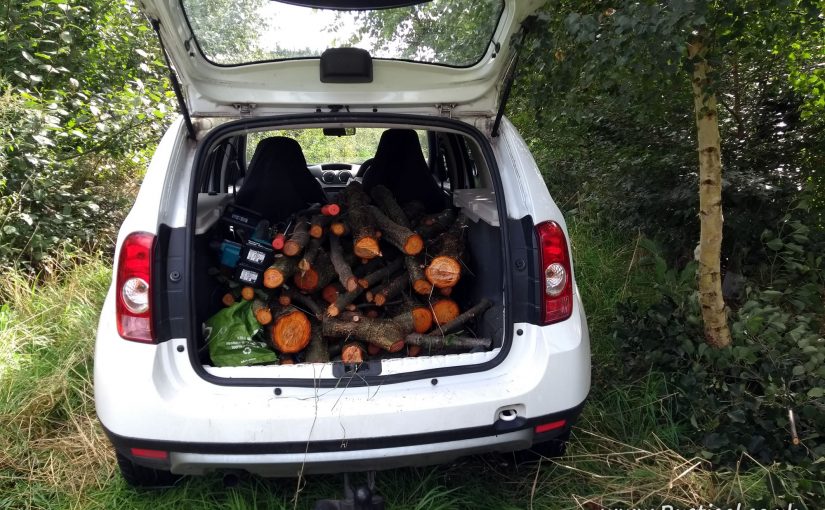 It really doesn’t seem that long ago that we were pricking out these trees as seedlings and growing them on in pots ready for planting out. It turns out we started planting out in this field in 2010.

It was a bit of a milestone to be starting to do the first cut on selected trees this week. Alder was urgently needed to replenish the wood chunks used by our local smokehouse customers with Ash and Silver Birch used for making things and (as a last resort) fire wood.

The little Makita electric chainsaw was given it’s first outing on coppice duties and performed well, if anything too well as I had hoped the batteries would give out before I did.

The bar is for measuring the log length. The majority will not need splitting but, if they do, that is the maximum length that the splitter can take. The sticks also fit in an IBC crate which facilitates drying and minimises further handling.

As we were only taking out selected trees it opened up the canopy just enough to let some light in. The remaining branches will be ‘chunked’ for wood fuel with the fine brash stacked to provide habitat as it rots down.